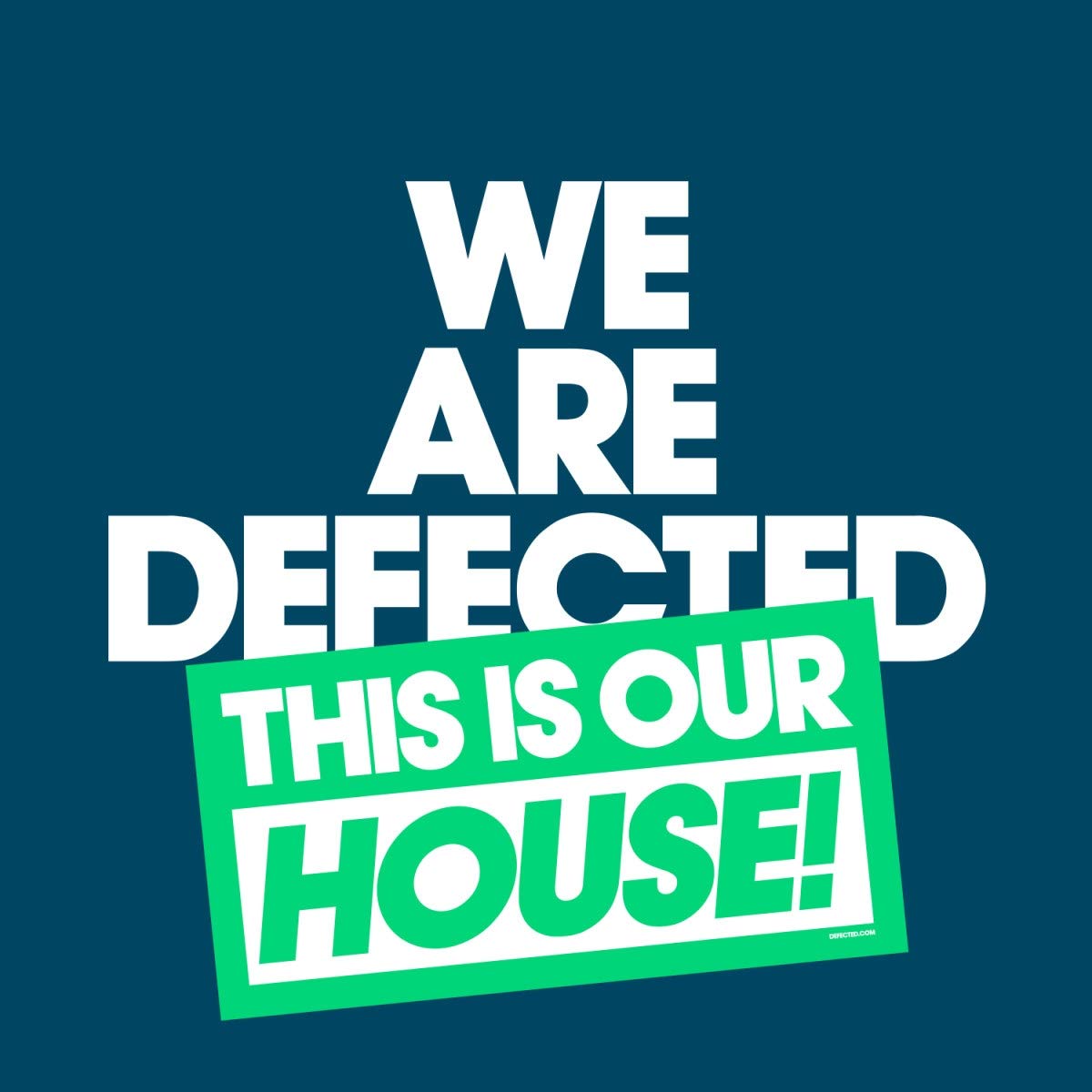 We Are Defected…and THIS is our house! Featuring inclusions from the likes of Dennis Ferrer, Shakedown, MK, Oliver Dollar, Bob Sinclar, Fish Go Deep Cleptomaniacs, DJ Gregory, Tensnake and Kings Of Tomorrow, this new four mix anthology includes the hits, underground anthems, and classics past and present from one of the world’s most celebrated house music labels. In 2016, Defected remains one of the World’s most popular and successful house music labels. The diversity of artists with whom they work has allowed Defected to flourish like no other label, establishing itself as a brand with credibility and attracting a loyal following across the globe thanks to the high musical standards to which they adhere. House music is now an inherent part of millions of peoples' lives around the world. From their first release to their last, Defected has played, and continues to play, an iconic role in the house music scene. Now, the definitive records from Defected’s 17 years in the game have been collected together for the very first time. Split over four expansive mixes, with each nodding towards the various aspects of the label’s output, ‘We Are Defected. This Is Our House!’ is both an essential collection of seminal house music for lifelong fans and newcomers to Defected alike. Mix One celebrates the chart hits: those records that were born in the clubs and dancefloors but went on to crossover into the mainstream. These are the stadium records, the festival anthems that you don’t have to be a house head to have heard of; records like ‘Most Precious Love’, ‘Hey Hey’, ‘Look Right Through’ and ‘The Cure amp; The Cause’ have transcended the underground and are immortal, untouchable strokes of musical genius. Mix Two is all about the classics, tracks that while not achieving the status of crossover hit are absolutely definitive in their own right. These are the records DJs reach for to save a flagging dancefloor, or to send a peak time crowd into an absolute frenzy. Candi Staton ‘Hallelujah Anyway’ (Larse Vocal), Dubtribe Sound System ‘Do It Now’, Noir amp; Haze ‘Around’ (Solomun Vox) and DJ Gregory ‘Elle’ are just some of the selections from this mix which arguably defines the Defected ethos more than any other. On Mix Three we delve into the underground, the records that Defected have championed via the most vital element of the house scene: the clubs. Many of the inclusions here are records that have been previously released on other labels, highlighting another key facet to Defected: identifying and championing those quality records that absolutely deserve to be brought to a wider club audience. Take tracks like Âme ‘Rej’, Osunlade ‘Envision’ and Intruder featuring Jei ‘Amame’: all are flawless club records from incredible artists that will stand the test of time for years to come. Finally, Mix Four wraps things up with the current. Defected has always managed to balance the classic with the contemporary, referencing the past to look to the future, and working with cutting-edge artists in the process. Here you’ll find inclusions from a litany of house music’s current stars including Purple Disco Machine, Mr. G, Sonny Fodera and Hercules amp; Love Affair. With over 80 full-length, unmixed tracks, ‘We Are Defected. This Is Our House!’ is a house music collection you need in your life.