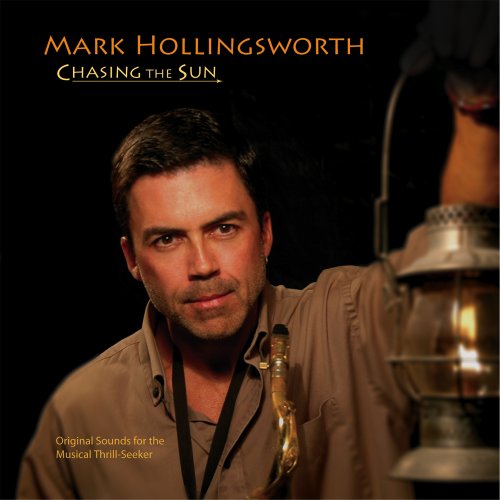 A passionate musical thrill seeker, Chasing the Sun is the powerful expression of Mark Hollingsworth's lifelong mission to search for the best in music from every style around the world. The result is a fresh, clear sound that dares to push the boundaries of contemporary music itself. Having worked with a broad array of legendary artists from Santana to Luther Vandross, Alice Cooper to Stevie Wonder, Hollingsworth has indeed explored the world.

It was a concert with Quincy Jones that infused the excitement of Mark's improvisation on the saxophone with the classical orchestra which led to the inspiration for Chasing the Sun. Hollingsworth set out on an adventure that would forge a new frontier, while redefining the depths of his own musical experience.

As a solo artist, Mark's debut album On the Mark dominated the Top 10 at Music Choice for nearly a full year. Determined to capture even more of his band's tremendous energy with "Chasing the Sun," Mark wrote music that incorporated the vast elements of Jazz, Blues, Cajun, Gospel and Latin styles. The result is a rich tapestry of colorful melodic proportions.

Chasing the Sun is a testament to the limitless possibilities of music. Hollingsworth's ability to weave many elements into a singular expression allows his music to take the listener on a journey that is fun, funky, exotic and exceedingly beautiful.

Hollingsworth has delivered a contemporary jazz album that possesses a level of intelligence way above the norm.

‘Chasing The Sun’ sets Mark Hollingsworth apart as someone who is daring to be different. Consequently it's refreshing that the album is catching the attention of traditional jazz stations as well as those of contemporary and smooth jazz persuasion. Given that several have already added three or more tracks to their play-lists, the chances are Hollingsworth is set for quite a 2008.

For the last week I've been trying to find the right words to describe veteran studio saxophonist Mark Hollingsworth's latest release, Chasing the Sun. I keep going back and re-listening to these well composed, excellently performed, but totally dissimilar 13 tracks. How best to describe what's on Chasing the Sun; Brecker Brother-ish, Steely Dan like, Tropical, Latin, New Orleans, Exotic, Brazilian, JB Horns, and Romantic - whew! Hollingsworth is obviously a real talent on sax and flute...

Very nice job Mr. Hollingsworth. Mark shows he is a wonderful flautist in addition to playing saxophone and clarinet.

There is something for everyone